Growing up in Charlotte, Silas Farley always dreamed of dancing with the New York City Ballet. 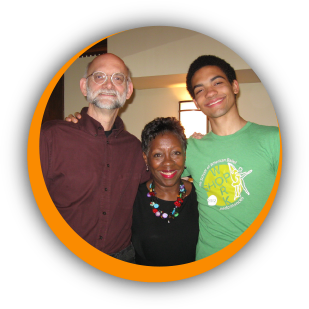 A FAMILY OF SCHOLARS

Growing up in Charlotte, Silas Farley always dreamed of dancing with the New York City Ballet.

The youngest of seven, Silas was homeschooled with the rest of his siblings until it became too difficult for his parents to manage. Fortunately, the Farleys learned about CSF-Charlotte, which awarded all of their children scholarships so they were able to enroll at local private schools, including Charlotte Christian School where Silas excelled in both academics and athletics. In fact, all of the Farley children thrived at their respective schools and several earned athletic scholarships to college, including Matthias, now a safety for the Tennessee Titans.

SUCCESS IN THE CLASSROOM AND DANCE STUDIO

“I’m just so grateful. It would not have been possible without your help,” Falinda Farley, Silas’s mother, told CSF. “You put all these children through the best private schools in town. They’ve been able to get a tremendous education.”

With the support of his family and teachers, Silas flourished in the classroom and dance studio, eventually earning a full scholarship to the School of American Ballet and completing high school at the Professional Children’s School. He officially joined the Ballet one year after high school. In 2021, he became the dean of the Colburn School’s Trudl Zipper Dance Institute. 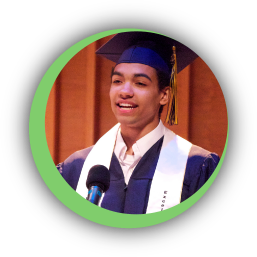 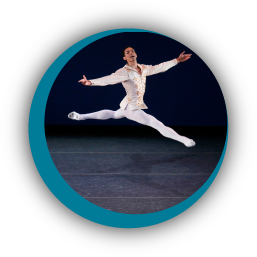 A VILLAGE OF NURTURERS

“I knew from the time I was nine years old that I wanted to dance with the New York City Ballet. I’ve been incredibly blessed. I can’t imagine being who I am apart from the Children’s Scholarship Fund because CSF put me in the settings where a whole village of nurturers trained me to be the person I am.”

READ SILAS'S STORY CLOSE
Since our founding, CSF and its partner programs have provided scholarships worth $934 million, changing the lives of 191,500 children.

CSF scholarships change lives: they provide students with the tools and opportunities they need to succeed and reach their full potential. 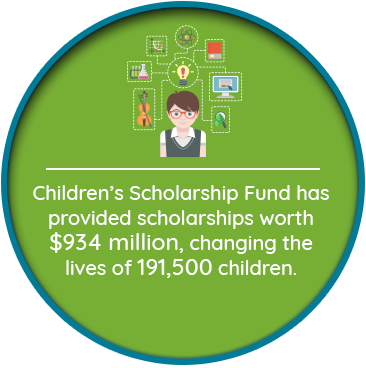 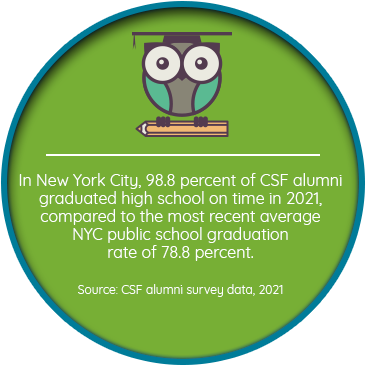 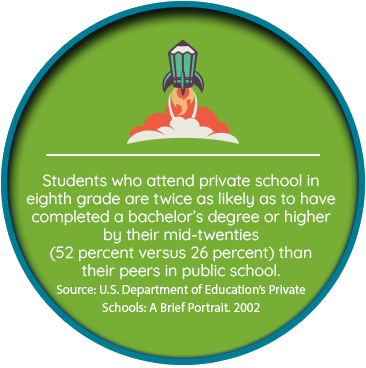 A HIGHER ON TIME GRADUATION RATE

Learn more about CSF and CSF partner programs in our research section.